During the early 19th century, Quaker Hill was at the center of the ever-increasing hostility between the slave states of the South and the free North. With the Mason-Dixon line just a few miles away in Chester County, Pennsylvania, Wilmington became an embarkation point for runaway slaves: the last stop on the line to freedom.

As political and social tensions escalated prior to the Civil War, there evolved a covert network of freedom fighters throughout the young nation, whose purpose was to aid in the escape of slaves. From the Eastern Shore of Maryland to the Delaware River, thousands fled the cruel practices of human bondage, often fighting their way to liberty. 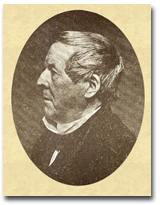 Born on August 21, 1789 in Upper Darby, Pennsylvania, Thomas Garrett was one of the most prominent figures in the history of the Underground Railroad. He has been called Delaware’s greatest humanitarian and is credited with helping more than 2,700 slaves escape to freedom over a forty year period.

A white Quaker, whose family hid runaway slaves in its Delaware County farmhouse when he was a child, Garrett was raised with the teachings of tolerance espoused by his church, one of the first to openly challenge the rights of slaveholders. When Garret was a young man, an employee of the family was kidnapped and nearly forced into slavery. Garrett chased after the offenders, freeing his family’s friend. According to scholars, Garret experienced a spiritual awakening that day, and would ever after devote his life to the active quest for human equality and dignity. 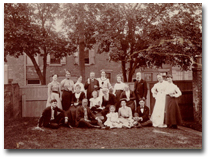 Garrett relocated to Quaker Hill, and ran a moderately successful hardware business there. He was now living at the geographical and political crossroads of the country, the dividing line between the north and south. Whether he chose his location because of his abolitionist ambition, or found himself aiding almost daily in the escape of fugitives because of his move to the border state of Delaware, Garrett soon became known in anti-slavery circles as a great “station master” of the Underground Railroad. 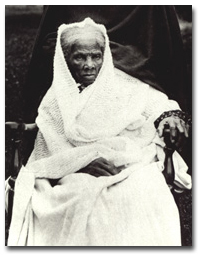 Fugitives made their way through the lowlands and swamps of Maryland and Delaware, sometimes with the aid of “conductors”, like Harriet Tubman, who worked with Garrett. Often helped by support networks in the free black, and white anti-slavery communities, many runaways were directed by signal or word of mouth to make for the house of Thomas Garrett. Garrett was able to secret thousands away to the Philadelphia Anti-Slavery Offices, where a free black man named William Still had quickly risen to become a formidable freedom fighter and “station master”. Still kept meticulous records of slaves’ experiences, and was often able to reunite entire families in the free states. Still even found one weary fugitive to be his own, long lost brother. 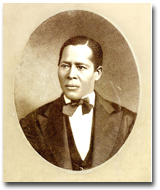 Published in 1872, Still’s landmark work “The Underground Railroad” provides an intimate portrait of the people who passed through the Eastern Line with the help of these two freedom fighters, who may never have met face to face. Garret, sadly, was forced to burn his correspondences with Still for fear of discovery, at a time where the Fugitive Slave Laws passed by the government allowed stiff penalties for aiding in the escape of southerners’ “stolen property”.

In 1848, Thomas Garrett and a fellow abolitionist John Hunn were tried and convicted for aiding in the escape of the Hawkins family, from Maryland. Both men were fined nearly to the point of bankruptcy.

In his closing address to the jury, in the court building that still stands in New Castle, Delaware, Garrett regaled the considerable audience with a redoubled commitment to help runaway slaves. Eyewitness accounts detail the particular contrition of a slave-holding juror from southern Delaware who rose to shake Garrett’s hand and apologize at the close of the impassioned speech.

Following the Civil War, Garrett continued his work for minority groups in America. In 1870, when black Americans were given the right to vote by the establishment of the 15th Amendment, Garrett was carried on the shoulders of his supporters through the streets of Wilmington as they hailed him “our Moses.” Less than one year later, on January 25, 1871, Thomas Garrett died. His funeral, attended by many of the black residents of the city, featured a procession of Garrett’s coffin – borne from shoulder to shoulder up to his final resting place, still marked by a humble stone, in the cemetery at the Wilmington Friends Meeting House at 5th and West Streets in Quaker Hill.

Find out more about Whispers of Angels: the nationally broadcast documentary about Delaware’s role in The Underground Railroad.